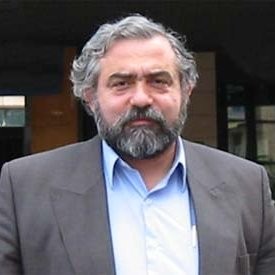 Professor of Ship and Marine Hydrodynamics

My scientific interests lie with applied mathematics, variational principles, probability and stochastic functions, and numerical methods. Most favorite application fields are free-surface hydrodynamics, wave-body interactions, hydroelasticity, hydroacoustics, non-Markovian stochastic functions, random vibrations under correlated, non-Markovian excitations, and extreme-value theory of correlated random functions. I have also worked on nonstationary time series and their application to model environmental data, and on constructing atlases for wind and wave conditions in the sea.

Further, I like teaching and collaboration, and I am concerned with the sound education of young applied scientists and engineers, especially with respect to the appropriate mathematical background. In response to this challenge I have developed two graduate courses; one on general and functional analysis, including functional derivatives and variational principles, and a second one on the foundation of probability and stochastic functions, including elements of measure theory in infinite-dimensional function spaces.